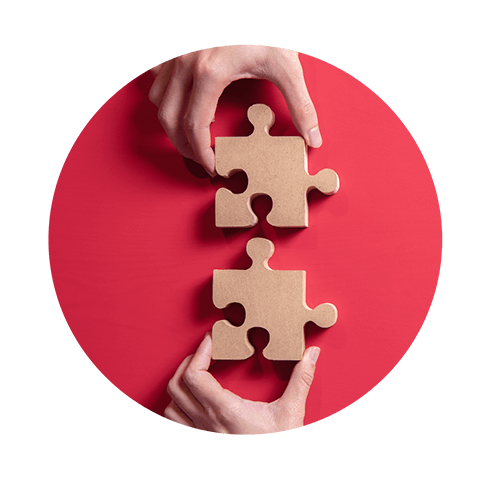 A new perspective on partnership

Is it time to seriously consider co-opetition?

In light of Nectar’s exciting new partnership with Avios, how could other competing brands and businesses collaborate for shared benefit? Dom Winchester, Customer Strategy Director at Nectar360, shares his views.

Those of you who can recall the days of terrestrial television channels and having to watch content when it was aired (for anyone under the age of 35, this really was a thing) will remember that ITV and BBC traditionally competed for viewers. But in doing so, viewers were forced to choose between two blockbuster movies, two new dramas or two popular light entertainment shows that were deliberately aired at the same time on different channels.

It was a head-to-head – and extremely binary – attempt to ‘capture eyeballs’ in order to win the ratings war. Unless the viewer had a video recorder (yes, this was also a thing), they were forced to choose which programme they watched and which they missed. Hardly a customer-centric approach to broadcasting.

In today’s digital age, every viewer can watch what they want when they want, with most terrestrial channel output available online for streaming on demand.

Problem solved from the customer’s perspective. But one issue was replaced by another for these two broadcasters. Across the Atlantic, US streaming giants gobbled up UK subscribers by feeding them a seemingly inexhaustible diet of exclusive new series and a vast selection of films.

Suddenly, working with the enemy became a reality for the BBC and ITV. After spending decades trying to knock chunks out of each other’s audience numbers, here was a common foe doing a far more effective job on both of them.

It was time for some co-opetition. 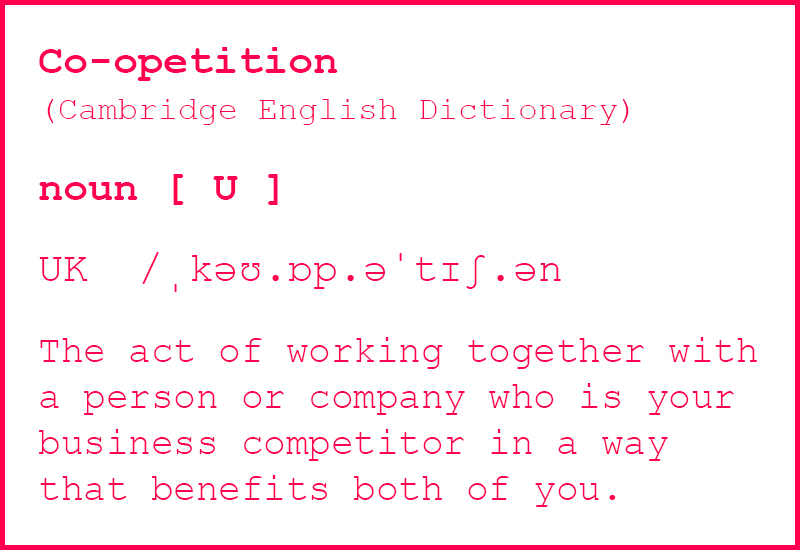 In this case, they created their own joint venture: a proprietary content subscription service designed to help them stand together against the threat from across the pond.

The aim of co-opetition is to move the market from a zero-sum game, where the mindset is that one party can only benefit at the expense of the other party, to an environment in which the end result benefits both parties, either because their shared customer is better-off overall, or because they are able to confront a shared enemy.

It’s important to stress that this form of collaboration between business competitors, in the hope of mutually-beneficial results, is not the same as colluding to manipulate a market in an anti-competitive way. It’s different in that the customer emerges better off as a result, with greater choice and flexibility, improved service, or reduced cost.

Nectar is launching its first foray into co-opetition through a new partnership with British Airways Executive Club (BAEC), the operators of Avios – the loyalty currency that sits at the heart of their frequent flyer programme. Our pairing up is designed to offer our shared customers greater choice and flexibility.

When asked “Who are the biggest competitors to Nectar?”, people in the industry invariably reference the other big three UK loyalty currency programmes – one of which is Avios – on the basis that a customer can’t be loyal to multiple loyalty currencies and would therefore have a favourite. This isn’t necessarily true – especially in the UK where most people are members of a number of different loyalty programmes within and across sectors, albeit usually with varying degrees of engagement.

BAEC/Avios is one of the UK’s biggest loyalty programmes and operates in the travel sector. But like Nectar, it boasts an affiliate-enabled e-shops proposition which helps members earn more of the loyalty currency from online retailers. Both programmes offer a co-brand credit card which also promises to boost your loyalty currency balance by issuing it on all of your credit card spend. And with both programmes designed to encourage shopping across multiple brands in multiple sectors in order to build-up a large loyalty currency balance over time for a future big redemption, the perception has been that customers would choose to focus on earning one loyalty currency or the other, but were unlikely to engage fully with both.

In reality, these two loyalty programmes share a large number of customers. Speaking to them, we realised that what they value most from any loyalty programme (aside from good value) is simplicity, utility and flexibility.

Whilst Nectar and BAEC may have preferred their members to spend their respective currencies with their respective partners, a flexible approach today means allowing our shared customers to exchange one currency for the other, to best suit their particular needs at any given time. Savings on travel may be important in one year, but savings on Christmas or home goods may be more important the next. So whatever the need, our customers can now exchange Nectar points for Avios, or Avios for Nectar points, and spend them in whichever way they want.

Olive branches and round tables

This is co-opetition in action. And in a world of rapid and unprecedented change, with disruption occurring across multiple sectors, we think it will become increasingly common.

We’d certainly encourage businesses to take some time to think about how they’ve traditionally viewed their customers and their competitors, and to even re-evaluate whether their priorities and pre-conceptions need to change. Some companies already have…

The idea that “the enemy of my enemy is my friend” has underpinned political and foreign policy calculations for centuries. Nowadays, placing the interests of your customer above your corporate instinct to compete with a rival is more contemporary. But both concepts challenge us to consider the benefits that can come from well-intentioned, well-executed co-opetition. 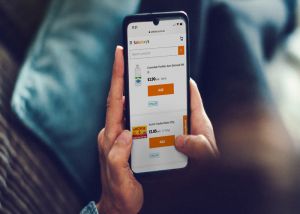 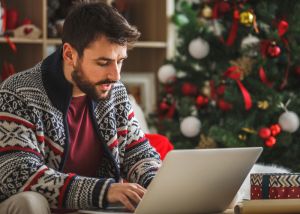